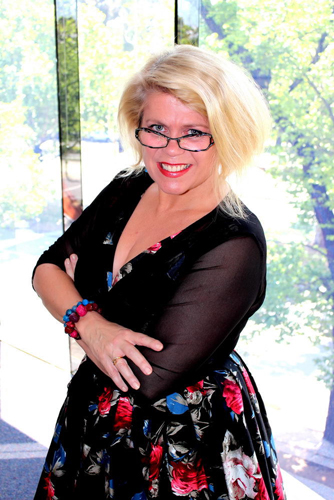 Dr Sally Cockburn has worked in radio since 1990.She started on 3AW in Melbourne as a weekly health presenter with the hugely successful breakfast program: "Lawyers Guns and Money". Needing a pseudonym because of Medical Board rules she became "Dr Feelgood".

In 1992 she was offered her own program on Austereo radio network. Austereo is a network of music stations aimed at the a young demographic. "Pillowtalk", her late Sunday night Sex and relationships talkback radio show made her a household name in Australia. The program ran for a phenomenal 6 years and went to stations all over the country.

In 1999 she returned to 3AW and Southern Cross to present a Thursday morning weekly medical segment again. This time with leading talk radio journalist Neil Mitchell on his morning program. The Medical Board Rules had changed and with Neil she started using her real name.

In 2002 Sally was given the brief as Summer Radio "Locum" to create a national weekend health and lifestyle program to run while sport was off air for the Summer. The show "Dr Feelgood" was extremely well received and ran from October 2002 until March 2003 when the usual weekend sport line up returned.

Over the years Sally has produced and hosted many radio specials.

In 1996 she was awarded an MBF award for Excellence in Health Journalism for a segment on program Pillowtalk involving handling of a suicidal caller.

Her program the Real talk About Heroin won her the coveted 1999 Radio Industry Award ( RAWARD) for best Radio Documentary .

Sally has also hosted and produced several specials on Study Survival for year 12 students . This brought Victorian year 12 students directly into contact with leaders in education to help them deal with the stress of the lead up to exams.

In July 2002 HRT trial news she put together a radio special that went to air with in a few days of the news breaking. Her medical standing and contacts enables her to gather the best minds at short notice to bring to you the facts without the hype.

In 2005 she grought you The Truth about SARS, and Putting Bird Flu back in the Coop with sensible information about these most confusing topics.

In 2006 she tackled stem cells during the federal law reform and looked at Family violence and stress around end of year family get togethers.

In 2007 Sally was offered her own regular program on a Sunday night on 3AW and since then Talking Health has been a fixture at 6PM on Sunday evenings. While her show is year round, during footy season the program ma not be on when a twilight match is broadcast.

Her programs continue to cover sensitive and important health information and they are accompanied by this website where she provides links to useful reliable sources.

Programs can be heard live on line by visiting 3aw.com.au